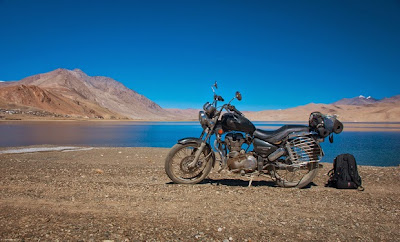 Traversing through winding roadways and into mountain passes, you will be amazed at the ecosystem that thrives here.

Here are the best place to travel from Manali to lehLadak !!
1. Manali :- Manali is sandwiched amongst mountains, hills and valleys. It is a paradisiacal place and one of the top tourist spots in the world.

2. Rohtang Pass :- On the Manali to Leh road trip, get spectacular and panoramic views from the Rohtang Pass. Located 51km from Manali, at an altitude of 3900m, it is a route that leads to places such as Pangi, Lahaul Spiti and Leh.

3. Keylong :- Whether you want to enjoy scenic walks through laid-back villages or enjoy grand mountain views, Keylong is the place to be. Alongside this place is the resplendent Bhaga Valley with its riches of greenery.

4. Jispa :- A scenic and picturesque stretch of land, Jispa is located beside the Chandra River. Journey to this hamlet is one of the fascinating trails of the Manali – Leh tour.

5. Darcha :- Visit a picturesque Himalayan village called Darcha located beside the Bhaga River. From Keylong this place is around 23km. There is a huge camping ground available at Darcha which is commonly used as a camping ground by the tourists.

6) Zingzing Bar :- A peace-over joint located on the way to Ladakh; between Jispa and Sarchu, Zingzing Bar is one of the highest roadside bars in the world. Well, don’t go by its name! More than bar, it is a resting ground of the army cadets and the exhausted travelers. None of the Manali to Leh road trips can get complete without a visit to this bar.


7) Baralacha La :- Located in the altitudinous sections of the Zanskar region, this is a mountain pass or the confluence point of many roads. Connecting Lahaul to Ladakh, you pass through this plateau surrounded by mountain ranges such as Pir Panjal and Himalayas.


8) Sarchu :- Located on the Manali – Leh highway and surrounded by the Himalayan range is a beautiful region called Sarchu. Locally known as ‘Sir Bhum Chum’, it is a perfect destination for camping and overnight stay, you can enjoy a night’s sleep amidst a treasure trove of scenery.

9) Gata Loops :- Not many people know of this place except for those who have been on the road from Manali –Leh. Anyone who has been to Gata Loops would describe it as a stunning region nestled in the Western Himalayas. Getting to this place and getting out of it is as thrilling as well.

10) Lachulung La :- Located on the Leh-Manali route, this is a mountain pass at about 16,000 feet above sea level. From here you get undulating views of the scenery beyond.

11) Pang :- This is the place where the highest army transit camp exists. Traditionally a stop for the armed forces, Pang is now a stop for tourists as well. The scenery of this place is breathtakingly different.
12) Tanglang La :- One of the highest mountain passes in the Ladakh region, the Tanglang La pass is like a jewel in the crown on the Manali – Leh stretch. Claimed to be the second highest motorable mountain pass on the planet, your ascent from here is unceasingly upwards. It is like driving towards the clouds given that they are so close as well.

13) Upshi :- Located along the Indus River and 45 km southeast of Leh, is a quaint and picturesque village called Upshi. Towards the east of this region is an ancient trading route that is connected to Tibet. There is also a helipad on this route that is used by helicopter-borne tourists and the armed forces.

14) Karu :- At Karu, you are flanked by lofty mountain peaks and hills. In this secluded bliss, you are charmed by the beauty of nature. The manifestations of nature’s finest representations lies at their best in this region. Sparkling streams, resplendent valleys and majestic mountains are the hallmarks of this region. 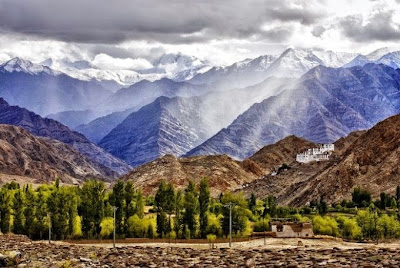 Popular posts from this blog

8 biking Hand Signals for Your Next Group Ride - RM Motors 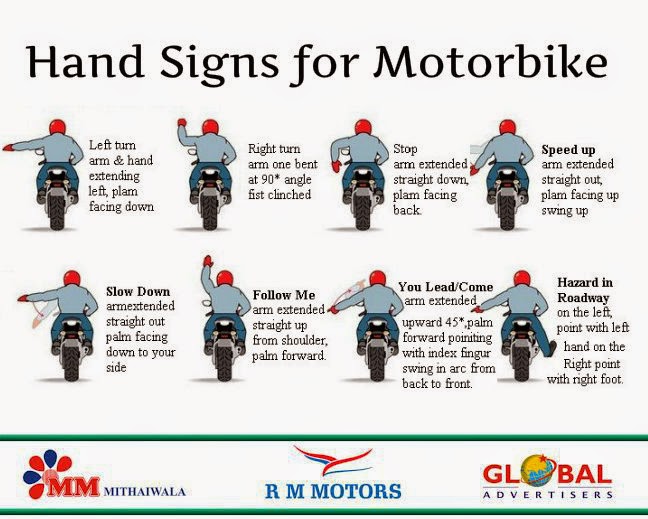 Are you in love with your bike? Check out this awesome "Bike Maintenance Tips" - RM Motors 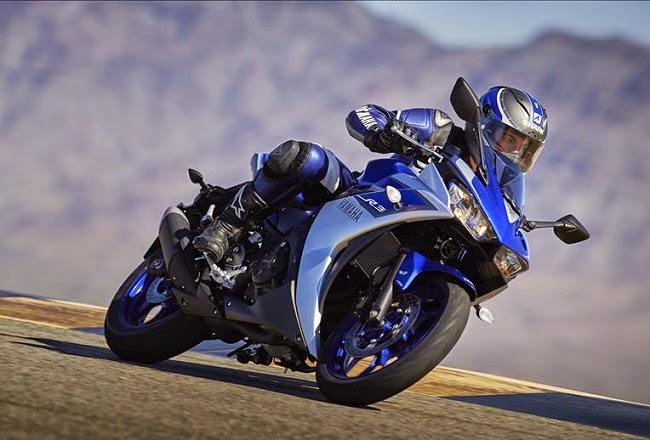 10 Bike Maintenance TIPS :- Tyres : Regularly check tyre condition and air pressure. Engine Oil :- Engine oil plays an important role in ensuring smooth operation and maintenance of the bike and maintaining a correct engine oil level is important. Air Filter :- Keep the air filter clean as dusty conditions in India tend to clog up the filter in no time.   Clutch :- Should be properly adjusted and have the right amount of free play. Engine :- Regular servicing and tune-ups will keep the engine running like clockwork and reduce your petrol bills. Transmission System :   A bike's chain needs regular lubrication, cleaning and adjustment. Never over rev your RPM going at high-speeds continuously, as it may damage your bike's engine. Never shift your bike from fifth gear to first gear instantaneously because it damages the piston rings. Cleaning :- Clean the two-wh
Read more 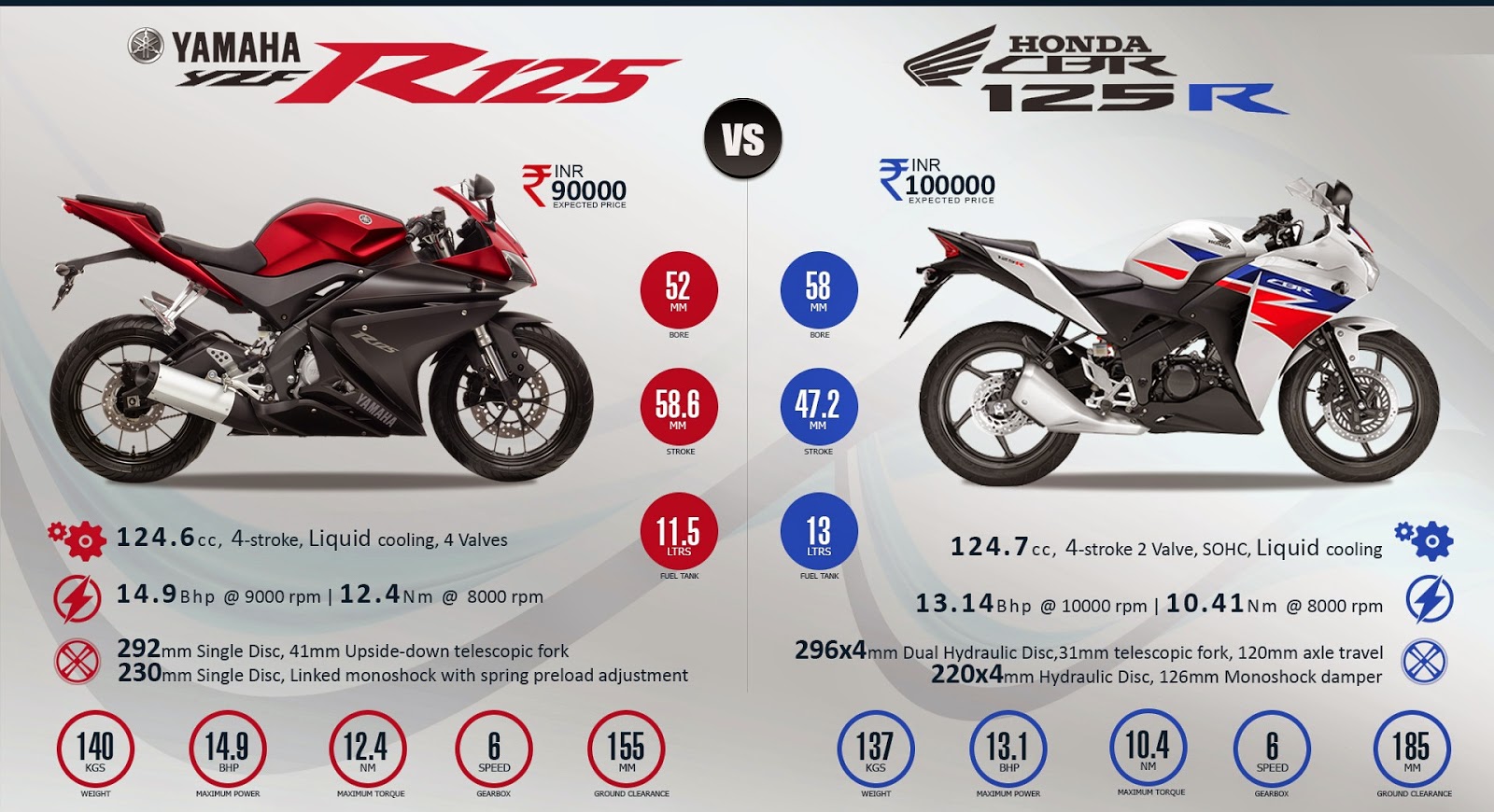 Honda is powered by a liquid-cooled four-stroke, two-valve, single cylinder 124.7 cc engine with a claimed power rating of 10 kw. The engine is a 149.8 cc single cylinder [four-stroke engine] with four valves and a single overhead cam of Yamaha. Be Safe On Your Ride !!!
Read more